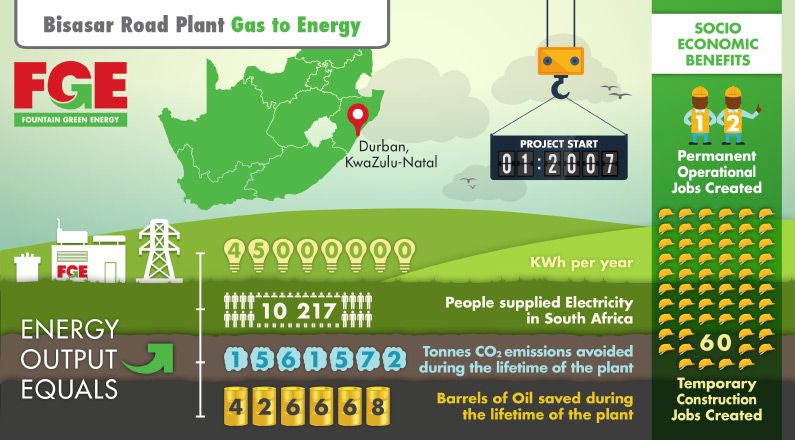 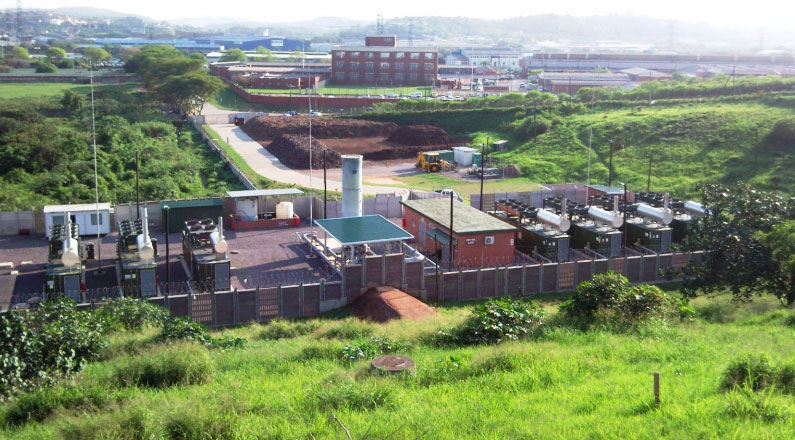 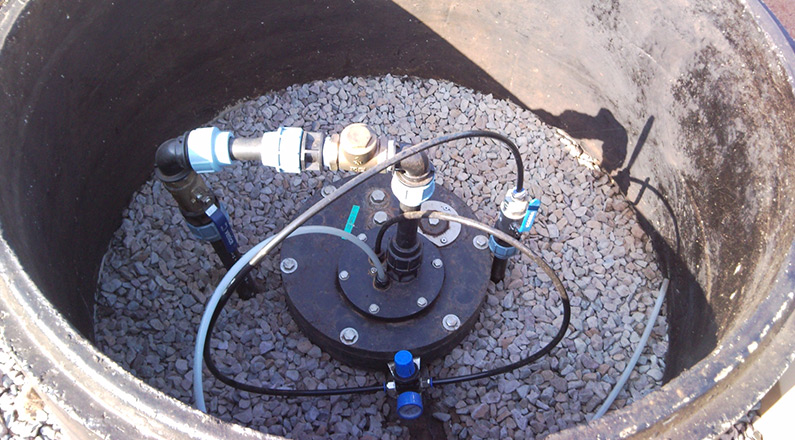 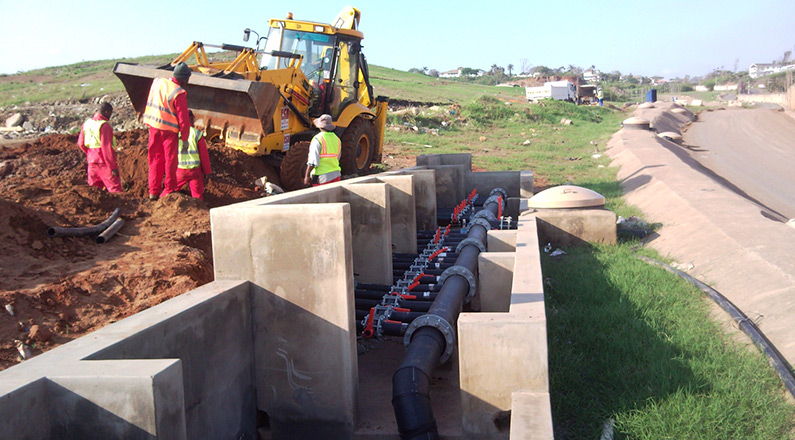 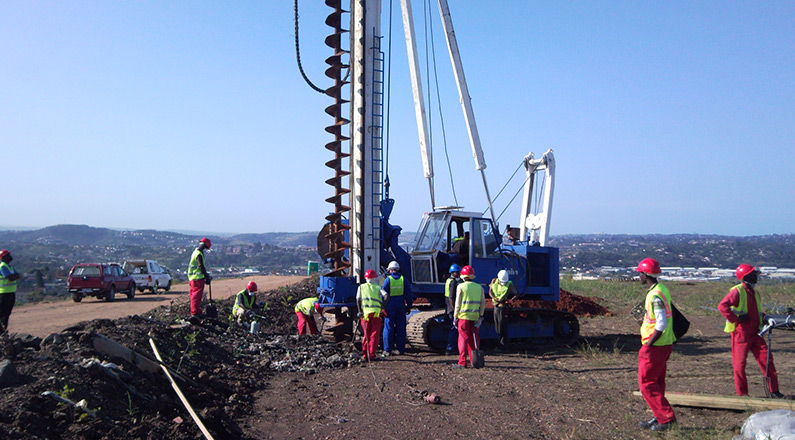 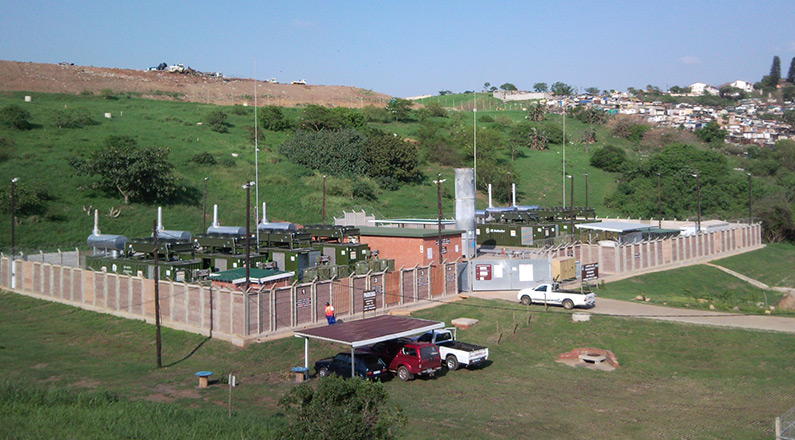 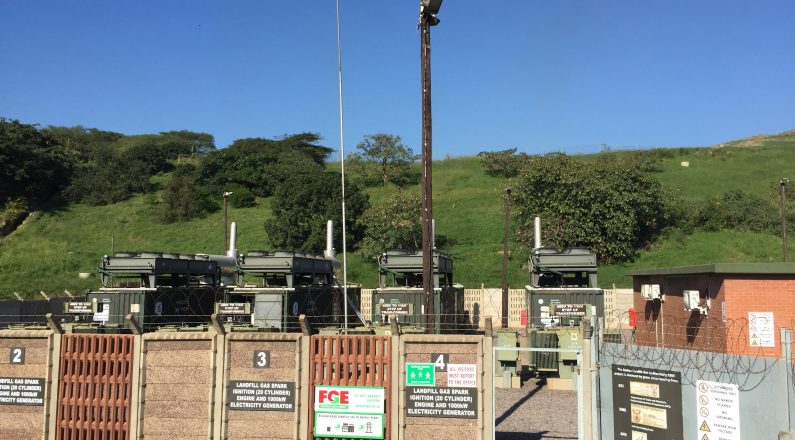 PROJECT OVERVIEW
In 2008 the Bisasar Rd landfill gas extraction CDM project was commissioned for Durban Solid Waste, a division of eThekwini Municipality. The plant constructed by FCE (the parent company of FGE) initially produced 4MW. Since commissioning, the plant has been constantly expanded and now produces 6.5MW. It is maintained by a passionate and specialised team of consultants, civil contractors, mechanical experts and landfill gas monitoring specialists. The project has been a great success story for the landfill gas to electricity industry, and generates between two and three million Rand per month in electricity for the Municipality. As a CDM project the facility has also generated nearly a million CERs.

GOT A QUESTION?
Ask our experts